Twenty years later, the winery is still going strong, offering a great taste of what Napa Valley has to offer.

As Brown Estate Winery’s plumbing contractor, LeDuc & Dexter Plumbing stepped into the story around 2002. Our good friend Corey Cleland, the project manager from general contractors Cary & Associates Builders, Inc., brought us in as a subcontractor on the project.

The project was the restoration and conversion of an old barn into a winemaking facility with the goal of allowing Brown Estate Winery to expand its production capabilities. The barn itself was built around 1859, and clearly wasn’t in peak condition. It especially wasn’t suitable for world-class wine production.

LeDuc & Dexter Plumbing’s main task was moving 9 of the winery’s 10 fermentation tanks into the two-story barn, onto the top floor. Of course, this wasn’t possible until some renovation was completed. Once the building was ready, we installed all of the drains and drainage piping and made the fermentation tanks fully functional.

One challenge of the project was the space available. The total square footage of the barn was only 2,624 spread over two floors. Decisions had to be made with this in mind at all times. In the end, we were able to install state-of-the-art plumbing in the cozy redwood barn and get Brown Estate Winery moving at full steam.

LeDuc & Dexter Plumbing also installed piping, hose stations, drains, and the process waste system for the crush pad, which is installed behind the building. Further improvements included a boiler and air compressor, and pressure boosting the water system.

We are proud to say that we were the plumbing contractor for this winery in the Wine Country. Project manager Corey Cleland had this to say near the end of the project:

“It’s a real challenge; maybe that’s why I like it. Also, the owners have been great to work with and that helps. The subcontractors we work with on a regular basis, like Bill Zeeb at LeDuc & Dexter Plumbing, are friends of ours—we’ve built a relationship with them over time and I think that makes a difference in getting these things done on time… LeDuc & Dexter Plumbing have been on schedule or ahead.”

LeDuc & Dexter Plumbing have the experience necessary to take on any project—no matter the scale—as qualified plumbing contractors in the North Bay. If you’re interested in our services, give us a call at (707) 575-1500 or fill out the form below. We look forward to serving you. 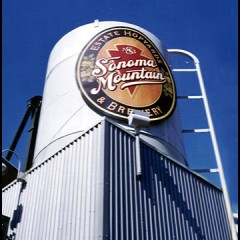 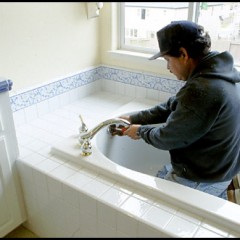