LeDuc & Dexter Plumbing has been Sonoma County’s premier plumbing contractor for decades. However, even before our time, Dan Dehlinger was busy designing and building Dehlinger Winery.

In 1975, when ‘Wine Country’ wasn’t much more than an inkling, Dan Dehlinger began construction on Dehlinger Winery. Though Dan didn’t know it at the time, the winery he was building—which was the first building he designed—would come to be a successful and well-respected part of Sonoma County’s winemaking repertoire.

Owned and operated by his winemaker brother Tom, Dehlinger Winery soon made a name for itself with signature Pinot Noir, Chardonnay, Syrah and Cabernet from their estate-grown Russian River Valley vineyards. With things running smoothly, Dan disappeared to Georgia to pursue other ventures.

Twenty years later, when it came time to expand the Dehlinger facilities, Dan returned to the now-crystallized and fully-fledged Wine Country, a Mecca for wine lovers everywhere. Dan would be helping to grow that Mecca, adding further to the vision he helped shape decades prior.

Dan’s task was to expand the existing 8,000 square feet of wine-making facilities, nearly tripling its size by adding another 15,000. “It was right for 1975”, he said of the original design, but now Dehlinger Winery was something more than that original idea.

This is when LeDuc & Dexter Plumbing entered the story. Dan assembled his team of design/build subcontractors for the expansion, choosing LeDuc & Dexter Plumbing as the plumbing contractor. As one might imagine, the plumbing systems for a winery are highly intricate. The level of detail is higher than in most other plumbing setups and the stakes even higher than that. Systems must perform their duties at all times, at precise levels, without fail.

Plumbing for Sonoma County wineries specifically is even more complex. To produce in the famed county, a list of regulations must be adhered to. For instance, the outside winemaking production areas of a winery must have a septic system to handle all of the water that drains from the area, whether it be from tap or rain. Dehlinger Winery was designed to drain rainwater away from the exterior production area, avoiding a terrific expense.

LeDuc & Dexter Plumbing also designed and installed the waste, sanitary, and underground gas lines for the winery, ensuring the quality that a top-tier wine producer requires.

And Dan’s final thoughts on LeDuc & Dexter Plumbing’s performance? “They are very helpful and easy to work with. All of the LeDuc & Dexter Plumbing people I have dealt with are team players, and this has been a big relief when the inevitable co-ordination problems with the other trades arise. I have found I can rely on them to deliver. I expect we’ll work on more projects together in the future.”

LeDuc & Dexter Plumbing have the experience necessary to take on any project—no matter the scale—as qualified plumbing contractors in the North Bay. If you’re interested in our services, give us a call at (707) 575-1500 or fill out the form below. We look forward to serving you. 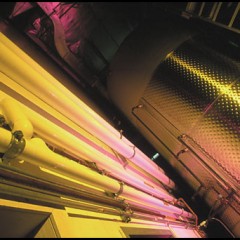 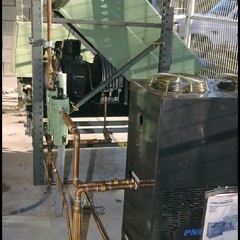