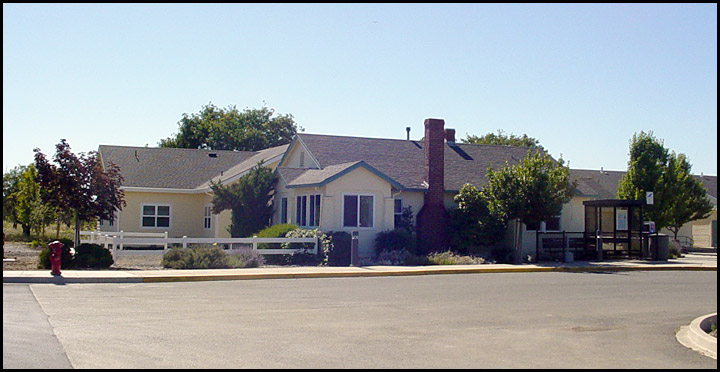 In 2000, Earl Baum donated his farm to the Center for the Blind. His farmhouse, located on Occidental Road in Santa Rosa, became their office and a number of surrounding buildings were added. The staff has grown to 15 people and in 2006 they moved into their new office directly behind the old one, which is now a common area.

The new office was built with the help of donors and volunteers from the construction industry including LeDuc & Dexter Inc. The Friends of Earl Baum, a support group for the center, went to work gathering construction companies willing to donate their time to help build the new office.

LeDuc & Dexter was one of many companies who answered the call to help build the new office. Leroy Carlenzoli, of Carlenzoli & Associates, a civil engineering firm in Santa Rosa and a charter member of The Friends of Earl Baum, contacted LeDuc & Dexter, who ended up donating time and materials to the project. The plumbing included the restrooms and kitchen area for the break room.

Allan Brenner, Director for the Earl Baum Center for the Blind, coordinated the project, “this building didn’t cost us very much because of all the great help we got,” says Brenner. Some of the other companies who donated to the project were Siri Grading & Paving, Roofing Services Inc., and Coker Architects.

Brenner is already working on the next project for the Earl Baum Center for the Blind. It will be a 10,000 square foot multi-purpose building. “The building will have a commercial kitchen and a lot of other features. We’ll have to double the size of the parking lot,” says Brenner. Brenner is working on a capital campaign this time to raise money and plans to hire a general contractor to build it. He estimates the cost will be around three million dollars. Earl Baum would be proud.