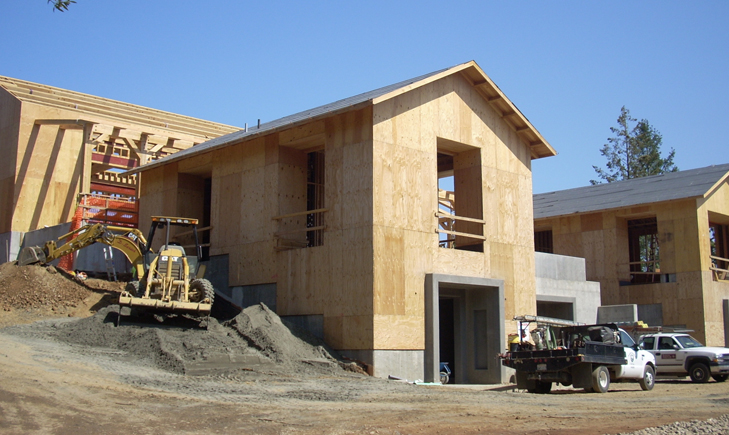 The Futo Family Estate Winery, hidden in the foothills of the Oakville Appellation in Napa County, has a hidden maze of piping housed in its concrete foundation. This maze of piping is referred to as a mechanical chase instead of a mechanical room because it runs through three sides of the foundation below the fermentation room. The piping exits the winery and continues uphill to an “Ag building” where the boiler room will be located.

Ledcor is the general contractor for the project, which was completed for the 2008 crush season. LeDuc & Dexter Inc’s commercial department was engaged in the design/build plumbing contract that includes process waste and sanitary sewer lines, industrial piping for hot and cold water, compressed air, and nitrogen.

Jeff Shank, LeDuc & Dexter’s Commercial Superintendent says “This is probably the most work we’ve done per square foot on any job I’ve ever seen in the last 10 years I’ve been with the company. The irony is you can’t see 90% of our work because it’s in the foundation.”

LeDuc & Dexter will be installing a boiler, air compressor, compressed air receiver tank and hot water storage tank in the Ag building and they will also install 20 hose stations throughout the winery storage and production area including the crush pad.

LeDuc & Dexter will also complete the plumbing for the lab and offices at the winery, which includes three restrooms and the domestic water piping for them.