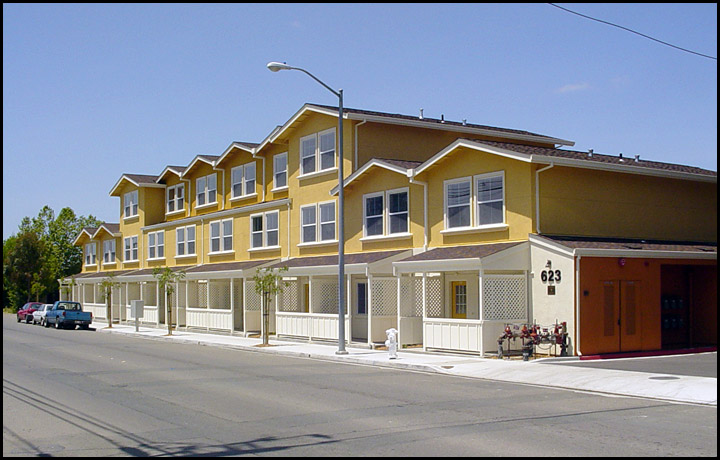 LeDuc & Dexter, Inc. had lent a helping hand to a formidable project for the homeless in Sonoma County in June 2006. It was the first North Bay project for HomeAid, a national building industry program that brings volunteers together to create low-cost temporary housing for homeless families. HomeAid helps homeless families make the transition from shelters to residential living in an overall plan to get them back on their feet and become self-sufficient.

Christopherson Homes and Cobblestone Homes headed the effort to build a 2.2 million dollar, 10-unit apartment complex on Aston Ave. in Santa Rosa that will be the home for 10 homeless families for up to a two-year period. Residences of the apartments will pay a portion of their income as rent. The apartments will be owned and managed Community Action Partnership of Sonoma County, a Santa Rosa non-profit agency that provides transitional housing for homeless families.

Christopherson Homes and Cobblestone Homes were captains on the project that saw them bring together more than 120 subcontractors and suppliers to make the project possible. About half of the development’s value is in donated labor, materials, and services. Ray Ambrosio, a manager at Christopherson Homes coordinated the project. “There are a lot of people who gave and they don’t want acknowledgment, “says Ambrosio, “That’s pretty cool.”

Keith Christopherson, co-founder along with his wife Brenda of Christopherson Homes, said he was happy with the response of the volunteers from the construction industry and would do another HomeAid project if he got the chance.