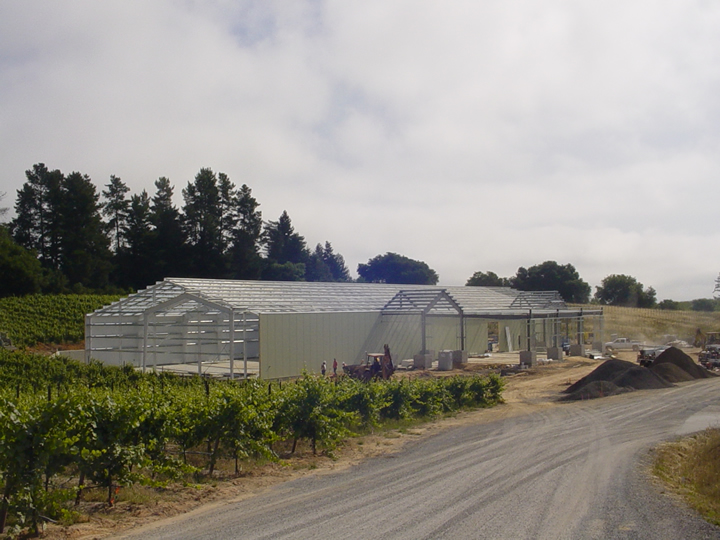 The Merry Edwards Winery was under construction in early 2007 and was on track to be crushing grapes by the 2007 harvest season. Located off Hwy. 116, just south of Frei Road and a few minutes from Graton, the winery is situated in the Coopersmith Pinot Noir vineyard and named after Merry Edwards husband. Ken Merry (Meredith) Edwards is a world-renowned winemaker known for her Pinot Noir vintages.

Koch Construction was the general contractor for the project and LeDuc & Dexter had been on site since they hooked up the winery floor drainage system to the wastewater and sewer lines they installed. The metal two-story winery will have office space and a lab, restrooms, barrel room, tank room, warehouse area, and crush pad.

The mechanical room will be a little different than most conventional wineries. Instead of a boiler, LeDuc & Dexter planned an install of an instantaneous water heater that will deliver up to eight gallons of hot water per minute.