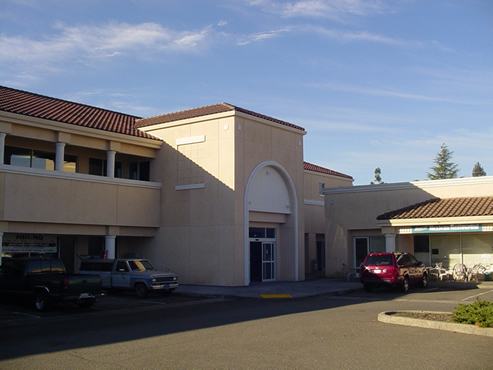 LeDuc & Dexter performed tenant improvement work at the Windsor Palms Shopping Center in Windsor. Work began with the shell that consisted of an El Toro’s Market, which is now named Castaneda’s Market Place, and a two-story building wing that is now divided for tenants.

LeDuc & Dexter’s tenant improvement included a sanitary waste system and 1,500-gallon grease interceptor that was installed for the market. Other underground work included splitting up the original water and sanitary lines into separate individual lines for each tenant.

Upstairs LeDuc & Dexter installed two restrooms and a drinking fountain for Anytime Fitness, which was soon to be open at the time. Downstairs they installed the rough-in plumbing at Rosie’s Nails for new sinks and wastewater system. LeDuc & Dexter also handled the complete T.I. for Hunt Medical, an optometrist office, with new sinks and drains in the examination rooms and restrooms.

Koch Construction Company was the general contractor for the project. Koch Construction actually built the entire shopping center beginning about 10 years before the current renovations that included all additions that have made the center home for over 30 tenants. LeDuc & Dexter had also worked at the Windsor Palms Shopping Center over that ten year period of expansion.

Rich Hoaglund, Commercial Project Manager for LeDuc & Dexter, says “Koch Construction is a great builder and we’ve been working with them for over twenty years. They have good staff and good project managers; they’re easy to work with. They’ve created a niche of high-end, medium-sized commercial and residential projects plus boutique wineries.”