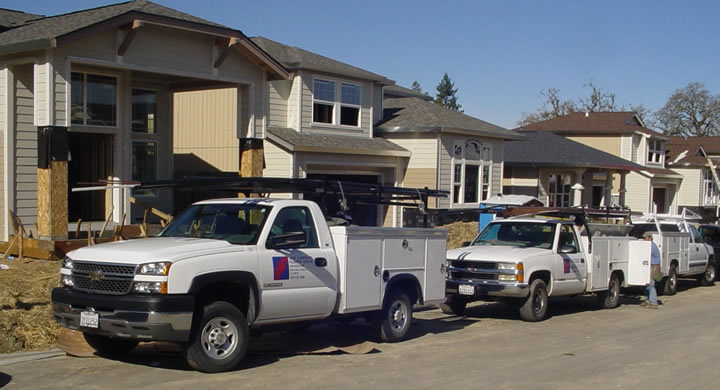 Back in 2007, one of Windsor’s largest subdivisions neared completion. Vintage Greens, with a total of 440 homes and a water-saving irrigation system supported by the town of Windsor was due to be completed by the end of summer 2007. Many of the homes were occupied or sold as of this time.

The homes are described as wine country homes with many options and upgrades available. LeDuc & Dexter installed Kohler products for these homes, which ranged in size from approximately 1,5oo square feet to 2,500 square feet. The larger homes have four bedrooms and three bathrooms.

LeDuc & Dexter Inc. had plumbed over 90% of the project, which had begun construction nearly five years beforehand. LeDuc & Dexter completed all of the water, sewer, and gas lines. Along with the kitchen and bathroom sinks, tubs, showers, toilets, and hot water heater installations for the entire project.

Vintage Greens also has a four-acre park for its community, complete with picnic tables and barbecues, a bocce ball court, a basketball court, and play area with play structures for children. In addition to that, there is a soccer park with five playing fields nearby. All of these areas are irrigated with the non-potable water from the Windsor Water Treatment Department. The town of Windsor supplies the water free of charge. Homeowners’ participation in the program was optional.