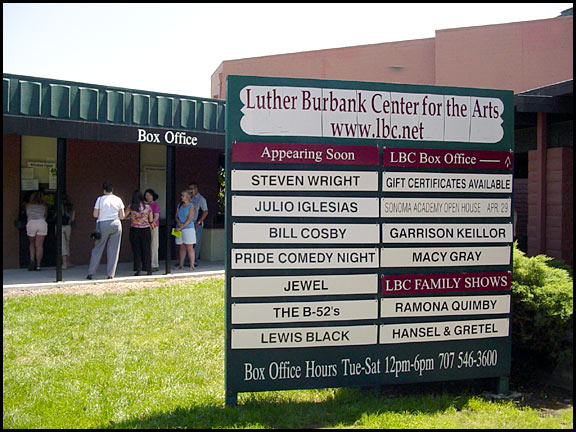 The Luther Burbank Center for the Arts has long been a venue for world-renowned entertainers. In the next few months Bill Cosby, Clint Black, Boz Scaggs and Smokey Robinson will perform at the LBC. To go along with the hot tickets for these shows the LBC has added a touch of cool, “We’ve upgraded our air conditioning system, says Mark Silva, Director of Operations at the LBC. “Our existing system was state-of-the-art 30 years ago, it had the capacity for 260 tons of cooling. We replaced it with 2 units capable of 125 tons each or 250 tons total.”

“We had areas in the main theater that needed help, like the balcony,” says Silva. Ruth Finley Person Theater holds 1600 people for headline shows. Other areas, such as the lobby that can hold 350 people for events, along with conference rooms, breakout rooms and the Museum of Contemporary Art will also benefit from the air conditioning upgrade.

LeDuc & Dexter won the bid for the design/build piping project and LeDuc & Dexter commercial manager Bill Zeeb worked closely with Silva until the job was recently completed. “Mark Silva was the best kind of owner/builder representative to work with, he was cooperative, helpful and supportive throughout the project,” says Zeeb.

Perhaps the greatest challenge in this air conditioning upgrade was the circuitous route the chilled water piping took to supply the cooling units. “This was a tricky job,” says Zeeb, “we had to come out of the mechanical room, across the roof and down, then up over the roof of the main building and tie into the existing chilled water piping.” One section of the pipe route involved trenching to construct a concrete piping enclosure for the insulated pipe, which was covered with traffic rated steel plating and asphalt.

Rob Main of The Engineering Partnership and a frequent member of the LeDuc & Dexter design/build team provided the mechanical drawings. Bill Zeeb, who oversaw the project including negotiations, billing and installation, drew praise from Silva, “Bill Zeeb was great, he was easy to work with and extremely knowledgeable.”