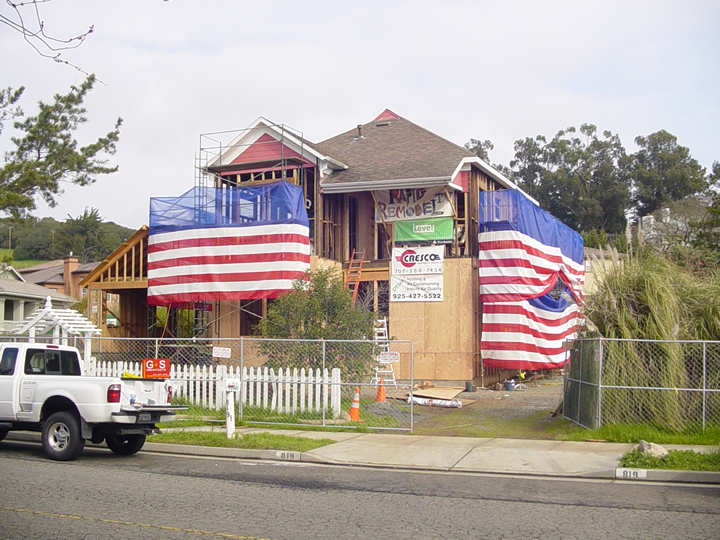 LeDuc & Dexter, Inc. have been working with Rapid Remodel TV, a company that executes accelerated design/build remodeling projects for homeowners in the Bay Area and then televises the building process on local television.

In Petaluma, what was originally a one-story schoolhouse, was soon to be a two-story home. LeDuc & Dexter have plumbed most of the new first floor of the home, which was built under the jacked-up original structure.

Alan Tatomer, the producer of the TV show and the project manager on site in Petaluma, was impressed with LeDuc & Dexter’s Mike Musante’s skills. “Mike was really good. He’s a very knowledgeable plumber, he was fast and he was good in front of the camera.”

“We thought it was a good idea to get involved in the project to promote our company”, said Art Dexter, LeDuc & Dexter’s Vice President & COO, “and some of our suppliers’ donated materials for the job.”

Homeowners pay for the jobs performed by Rapid Remodel TV and receive some discounts along the way. The show is also an opportunity for builders and craftsmen to showcase their talents. Aside from LeDuc & Dexter, there are over 30 other companies working on the Petaluma project.