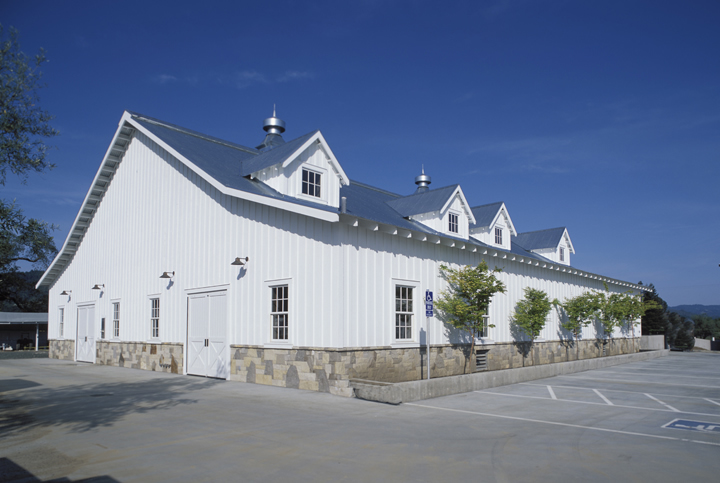 The year is 2008, six years after working on the completion of a state-of-the-art fermentation barn for Nickel & Nickel, a premium single vineyard wine producer in the Napa Valley, LeDuc & Dexter Inc’s commercial plumbing department is helping to complete a carbon copy of the original barn right next door.

The overall design/build project includes a 30,000 square-foot subterranean barrel cellar, capable of holding up to 3,200 French oak barrels, which is situated underneath both fermentation barns.

The barrel cellar was built along with the first fermentation barn and a parking lot existed next to it until construction began and the concrete lot was saw cut to uncover the cellar roof upon which the second barn was built.

LeDuc & Dexter tied in all of the plumbing for the new barn into the original plumbing of the first barn as part of the design/build plan from six years ago. The barrel cellar roof contains a radiant cooling system installed by LeDuc & Dexter.

Ledcor was the general contractor on this expansion project. Nolan Construction completed the first phase six years prior. An element of continuity was provided by Mitch Hamilton, the project superintendent, who has worked on both phases for both companies. The project is now (2008) nearing completion.

The wood-frame fermentation barns have been assembled using age-old techniques of hand-joinery for post and beam construction that were common in the 1880’s. Yet the barn houses a modern winery equipped to custom make the wine from each individual vineyard.

All of the plumbing and utilities are hidden from sight in the fermentation barns. The tank pads are hollow, containing most of the plumbing lines installed by LeDuc & Dexter. All of the other pipes and wiring are concealed behind the wooden walls creating a stylish showpiece for winery visitors to enjoy along with the world-class single vineyard wines produced by Nickel & Nickel.