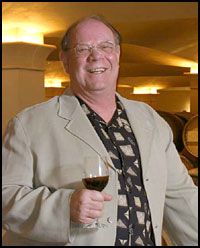 Tom LeDuc firmly believes that a positive attitude is an essential ingredient needed to run a business successfully. Most business people would agree with that statement. Of course it is one thing to nod in agreement and quite another thing to maintain a positive attitude throughout every day, every week and every year. The highs and lows of business cycles and drastic changes that can suddenly occur in the marketplace can give way to thoughts of doubt, skepticism and endless worry for any business owner.

“I see the glass as half full,” states LeDuc, “as a subcontractor I’ve come to realize that we just aren’t going to get every job we want or think we should get – even with our regular customers. That’s just the nature of the business. But I really appreciate the business that we do get, I’m truly grateful for all the work we’ve been able to do. That might sound a little simple, but that’s really how I feel about it.”

Positive attitudes are simple. But the simple truth is that it takes a lot of work to maintain a positive attitude. LeDuc has found it useful to listen to tapes by people who have achieved success with positive thinking and planning. On one such tape Tony Robbins interviewed John Wooden, “The Wizard of Westwood” and legendary UCLA coach, who won 10 NCAA Basketball Championships.

Soon after LeDuc got the tape he realized he’d already listened to it 10 times, “It’s really great. Coach Wooden talks about being the best you can with what you have. When he would talk to his team about an upcoming game he never talked about the opposition or winning the game, he focused on being prepared to do your best.” LeDuc was also impressed by Tony Robbins’ success mantra of “Constant and Never-ending improvement”. LeDuc is considering using an affirmation from the program as part of his company’s mission statement, “Be a little bit better everyday. Always be improving.”

A positive attitude is not something new for LeDuc. For a number of years he has been focused on educating the industry, including his competition. After LeDuc & Dexter launched Super Service, they developed the flat rate service charge, which was copied by nearly every competitor. LeDuc felt that was a positive thing for the industry and, of course, his company, “We wanted the playing field to be raised to justify what we were doing,” explains LeDuc. It worked out in a positive way for everyone, as most positive plans do.