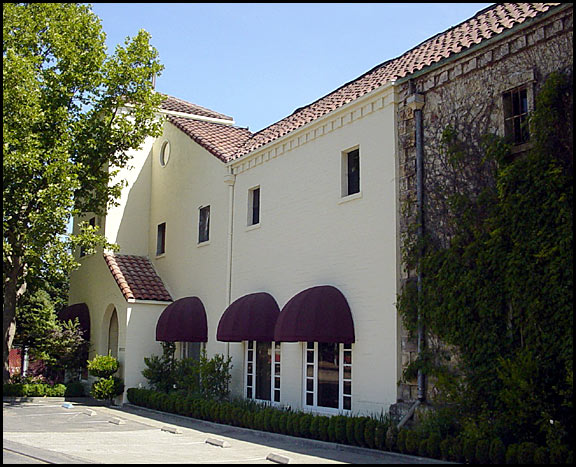 The stonework is the first thing to take note of at BV Winery. Century old stonework sometimes covered with ivy vines on the exterior walls, and stonework that was used to build a maze of interior rooms, cellars and hallways throughout the winery. Once inside the winery the second thing to take note of are the 20-foot high wooden casks that line the walkway in the main cellar. Wooden casks are, for the most part, just a memory of wine country history.

BV Winery was founded in 1900 and still bears some the original elements that make it a retrospective glimpse of the past. Adjacent to the old winery building are the newer stainless steel tanks and ultra-modern winemaking equipment built with cutting edge technology. The old building is home to wine tours of the eclectic cellars, the bottling line, business offices and winemaking lab.

BV Winery felt it was time to expand the size of the lab facility, which shared space in a tank room. The answer to the remodel expansion of the lab in the historic structure was to retrofit and transform the tank room into a lab. The thick concrete floor was demolished and repoured after all of the tanks and supports were removed. LeDuc & Dexter’s commercial department had the design/build task of retrofitting the plumbing that would supply the lab with hot and cold water, vacuum lines, nitrogen gas lines and deionized water.

Jeff Shank is the foreman on the project for LeDuc & Dexter, “The lab is directly above the offices and there’s a 4-foot space between the concrete lab floor and the drop ceiling in the office. We had to layout penetration holes in the lab floor to run our piping in that 4-foot space that also had 3-foot concrete beams like you see on a freeway overpass running through there.”

“Because the office hours are 8 to 5, we came to work at 5 a.m. for weeks to set up ladders in the office to be able to work overhead through the drop ceiling T-Bar tiles. It was quite an adventure. The other thing is that nobody will ever see the piping routes we had to take to make the connections unless they open the ceiling like we did,” says Shank. That’s the only way one would ever discover this hidden world of retrofit plumbing at BV Winery’s new winemaking lab.